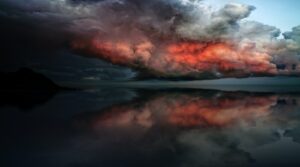 We’re all in this together. A phrase we heard so often in 2020. It was said repeatedly by Government and health advisers about the Covid-19 pandemic. It might have been the same storm, but it quickly became apparent that we were not all in the same boat – and some were leakier than others.

As we gathered in front of screens to watch, the Prime Minister and Medical Advisers told us, with charts and graphs, how many people had died or were likely to die. They told us that things that we had taken for granted, like going to work or shopping, were no longer allowed.

The information was shocking and often difficult to take in. For most of us this was because it was, to use another overused word of 2020, unprecedented. But for some people it was literally difficult to take in because they could not understand what they (we) were being told to do by their (our) Government. Far from being in it all together they were left out and bewildered because, and in sharp contrast to the briefings from the Scottish and Welsh First Ministers, there were no British Sign Language (BSL) interpreters beside the Prime Minister during his addresses to the nation from Downing Street.

Now a court has found, in the case of Rowley v The Cabinet Office, that the lack of any sign language interpretation for two data broadcasts on 21 September and 12 October 2020, led not by ministers but by medical advisers, was a failure to make reasonable adjustments and disability discrimination.

Many of us will, however, recall seeing sign language interpretation on our screens. This was because it had been provided by the BBC in-screen, and not by the Government. The BBC provided live sub-titles for the first briefing on 3 March 2020 and subsequently a sign-language interpreter was super-imposed onto the screen for all but the two data broadcasts in September and October 2020.

The Government argued that Deaf people were not at a substantial disadvantage because they had subtitles and other information was available in the form of ministerial briefings. Rejecting this argument, the court said that “messages of alarm or reassurance about being in this together” and acting responsibly “required inclusion and accessibility.” “There was a clear barrier for a vulnerable and marginalised group, undermining accessibility of information. The message was blocked or scrambled or delayed.” It also said that the lack of provision of interpreters “was a failure of inclusion, suggestive of not being thought about, which serve to disempower, to frustrate and to marginalize”.

The court accepted that BSL is a separate language and that many BSL users have English as a second language which makes it difficult for them to read and understand technical information in English subtitles. It went further in its criticism, “The idea that ‘subtitles are an answer’ amounts to a stereotypical opinion or feeling about individuals who share a protected characteristic … formed without proper knowledge of people with that protected characteristic”.

That Deaf and disabled people had not been thought about and were excluded permeates the decision. The duty to be inclusive was not delegable to the BBC or anyone else and there was no reason why interpreters could not have been provided. The duty to make adjustments is anticipatory in the Equality Act 2010 i.e., disabled people should have been thought about by law, but the Government had simply not done so.

It must be remembered that the Government is a public body. As such it is subject not just to the Equality Act provisions that apply to every service provider but to additional public sector duties to “foster good relations” between disabled and non-disabled people.  The Government choosing not to provide on platform interpreters did not do this. It sent a message to Deaf viewers and citizens that they had been forgotten and so were not in this together with everyone else. It did not, in the words of the judgement, constitute a demonstration of a commitment to equality for all.

“By having an on-platform interpreter, standing behind the speaker and in camera shot, the experience for Deaf BSL users is that they are being included, alongside everybody else, through the same primary routes and the same choice of routes as are available to the public generally. The provision is inclusive and immediate. Deaf BSL users are not required to ‘go elsewhere’.”

We may, we all hope, be emerging from the dark months of the pandemic but there are lessons to be learnt from the past year and a half which this decision highlights. If we are all in it together then we all need to be thought about and included from the outset.

Find out more about Inclusive Communications in our toolkit

Is long COVID a disability?

Living with COVID-19: what does this mean for disabled workers and customers?