We waited attentively to hear the Government set out its plans in this year’s Queen’s Speech. With rising inflation and concerns over the cost of living being at the forefront of public consciousness, the Government were keen to demonstrate that they have a clear legislative vision for the country. The absence of the Queen for the first time in nearly sixty years meant that Prince Charles was given the responsibility of outlining the Government’s legislative agenda. 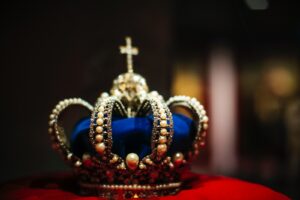 Ahead of the speech, there was strong speculation that the Government would announce a Levelling Up Bill following the publication of their proposals earlier in the year. It was also expected that the Government would introduce several bills carried over from the last Parliament such as the Higher Education Bill which would (amongst other things) extend universities’ legal obligations to protect freedom of speech to include student unions, and the Online Safety Bill which will require social media platforms, search engines, and websites to protect children, remove illegal content, and uphold their stated terms and conditions. All of these Bills were announced yesterday.

Here are the main headlines from a Queen’s speech where no fewer than 38 Bills were announced.

Procurement and Levelling Up

The Bills announced by the Prince of Wales were not directly aimed at supporting disabled people in employment or improving accessibility across the country.  However, some of the planned legislation will have consequences for disabled people and businesses. Of particular interest to us are the Procurement and Levelling Up and Regeneration Bills.

The Procurement Bill will be introduced. The driving force behind the Bill is to reduce bureaucracy and simplify procurement rules for suppliers and public sector bodies following the UK’s decision to leave the European Union. The Bill will bring together and reform the procurement rules under a single piece of legislation.

The Bill follows last year’s Transforming Public Procurement consultation and the Government’s subsequent response after feedback from stakeholders. We responded to the consultation and our views can be found here. Whilst we understand (and agree with) the Government’s drive for simpler and quicker commercial outcomes, it is critical that public procurement meets the needs of and can be used by every person using its products and services. There is not currently enough in this Bill to ensure that.

As expected, the Government also introduced their Levelling Up and Regeneration Bill. The Bill is one of the Government’s ‘flagship’ policies and, whilst most of the recent media coverage has focused on the planning aspects, the Government also promises to address disparities in pay, employment, productivity, and wellbeing in their proposals. However, there was a lack of specific measures tackling the barriers that disabled people encounter in work and in their daily lives, and this needs to be addressed now that the Bill is to become law. It is crucial that disabled people are put at the heart of the levelling up agenda and we will be following the details of the legislation once it is introduced to Parliament.

Why wasn’t the cost of living mentioned more?

However, the Government is facing pressure to alleviate the impact of rising costs, both in the short term and most probably over the duration of this Parliament. As disabled people are disproportionately affected by rising costs, we will be working to influence the Government’s solutions over the coming weeks and months.

As for the Bills announced yesterday, the details are important, and we will therefore keep working on how the legislation will work in practice for our members, businesses, and disabled people.