In writing this post I started reading a lot about gender-biases in research and our practices and the way the world has been designed. I was genuinely surprised about some of the biases in things such as transport design which has generally designed around traditional male commutes (to and from work) and not female journeys where women often drop off children/pick up/do shopping/visit parents and go to work (paid and unpaid) and do shorter but undertake more journeys. It made me really think that we become so used to what is the social norm we forget that this is biased to the mean.

But when I say the ‘mean’, I actually mean(!) the male measure of average (and often a white male from a specific social demographic). The data has often excluded different cultures, people of colour, those from different social groupings and experiences so our view on the world has been presented in a skewed average and not a representative way.

This is not about equality but equity of opportunity

The barriers to success in the workplace for women are never about one specific thing. We each will have very different hurdles to climb over and will vary at different times in our lives. There is no doubt that challenges are far greater for some than for others. Equality is the state of being equal, especially in status, rights, or opportunities. Equity is about the need for differing treatment to make sure there are opportunities that are the same as another’s. We should all have the same opportunities if we have the skills to progress in the workplace. 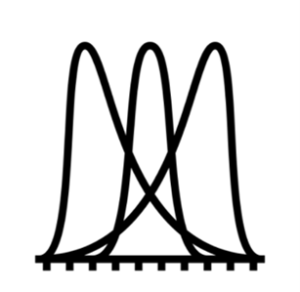 So why consider neurodiversity and women?

The term neurodiversity was coined by the Australian sociologist Judy Singer.  Neurodiversity is about us all and recognizes that human brains are diverse and the way we speak, think, move, act and communicate varies. It is not about specific conditions. More women are embracing their neurodiversity. Some are self-diagnosing; some are being diagnosed and some are wanting a diagnosis of one or more specific conditions. There are different reasons as to why they were missed or misdiagnosed but often these have been related to lack of opportunity, fear, feelings of shame, poor experiences, a lack of knowledge by others and inequality in access. Until relatively recently, diagnoses of conditions such as ADHD (Attention Deficit Hyperactivity Disorder) and ASC (Autism Spectrum Conditions) were seen as firmly in the male domain. More research was done relating to boys as their behaviours were often overtly affecting other people and ‘dreamy’ girls were less bothersome to others. The professional lens and the screening tools also had a more male bias. Many women and girls ended up gaining (sometimes inaccurately) diagnoses of eating disorders, anxiety, and depression.

Intersectionality was coined by Professor Kimberley Crenshaw  to describe how race, class, gender, and other individual characteristics “intersect” with one another and overlap. The term ‘hidden disability’ has been used in association with neurodiversity. However, lack of recognition, and opportunity to showcase talents can result in feeling even more marginalized. This can result in a convergence of stereotypes and impact on the person even more and feelings of having to hide parts of you and feeling ashamed.

There is an assumption relating to “disclosure”, but for many women a lack of awareness that they have a dyslexic or ADHD profile for example means they don’t ask for help as they can’t articulate their neurodiverse spiky profile.

Today, there are many wonderful and successful neurodiverse women who will have succeeded in many areas of employment but it may also be at a cost to themselves. There also others who are not able to demonstrate their skills.

Business Disability Forum alongside myself and the team at Do-IT Solutions are working on making real changes in understanding about Neurodiversity.

For more information on how you can embrace neurodiversity in your workplace and have better conversations with people in whichever way is best for them, go to businessdisabilityforum.org.uk/news-opinion/neurodiversity-is-everyones-business

Bringing disability inclusion to everyone

The year in review at BDF: Diane Lightfoot’s blog

Disability: No-one left behind at COP 26? Why inclusive and accessible design should be the default

Why media students should learn how to produce accessible digital content