“Did you know about Mary Seacole?” 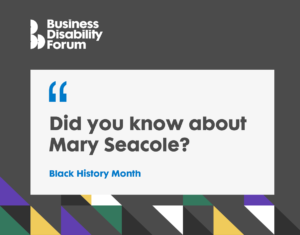 Much is known about Florence Nightingale and the Crimean War (1853-1856), but is as much known about her contemporary Mary Seacole?

Her father was a Scottish soldier, and her mother was a practitioner of traditional Jamaican medicine and had a boarding house where she cared for injured and sick soldiers and their wives. Mary learned about medicine from her mother, soon gaining her own reputation as a ‘skilful nurse and doctress’.

Mary travelled widely, including trips to the UK and as well as joining her brother Edward in Panama, where she opened a hotel in 1851. It was here she saved her first cholera patient and gained extensive knowledge of the pathology of this disease. She herself contracted cholera and recovered from it. She was widely praised for her work in treating cholera, and returned to Jamaica in 1853, where there was a yellow fever epidemic.

“Did you know about Mary Prince?” 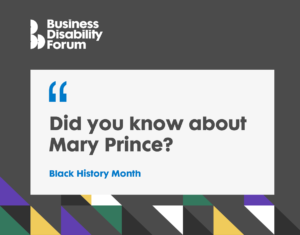 Mary Prince was born around 1788, as a formerly enslaved African who became a British Abolitionist. Her siblings were also enslaved. She had rheumatism and was the first Black disabled woman to publish her autobiography, which happened in 1831, titled “The History of Mary Prince: A West Indian Slave” (co-written with Susanna Strickland and Thomas Pringle) and it went to print three times that year.

The History of Mary Prince aided in bringing about Emancipation, when enslaved people were made free. In the British Empire, this was 1 August 1834.