Stat of the day: Stress

Research by the American Psychological Association released in July this year looked at the causes and symptoms of stress. You can see a breakdown of some of the statistics below: 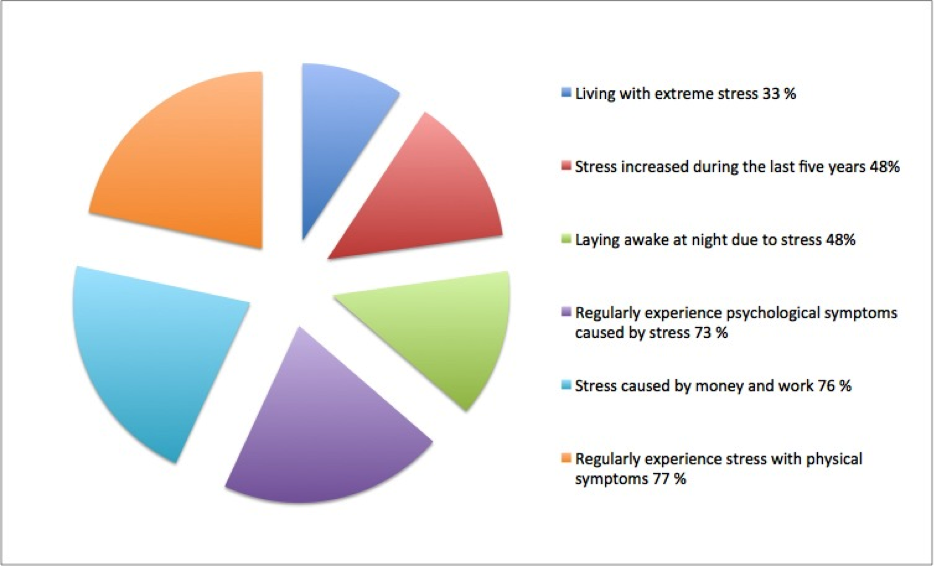 Note that a whopping 76 per cent of respondents said their stress was due to work and money. Additionally, 48 per cent say that their sleep is affected. All of the above elements represented in the chart could potentially have consequences in the workplace – physical symptoms, psychological symptoms, sleeplessness (this could have an impact on concentration, alertness, or performance, for example), and work/money issues. This is confirmed by the 48 per cent of respondents who said that stress has an impact on both their personal and professional lives.

The study also gives the most commonly reported ‘symptoms’ of stress. These could be indicators or changes in behaviour for managers to look out for in their employees:

Bringing the topic to the UK, an article in the Metro this morning showed that workers spend around a year to a year-and-a half of their careers off sick. The main culprits? Stress and depression. And – the thing that made me gasp most – a third of full-time employees report that there is no sickness policy in place to protect them.

You can read the article here.

Autism and your workplace

Supporting employees returning to work after a stroke

Stat of the day: Long-term sickness absence in the UK

Stat of the day: Ticket sales in the music industry