Stat of the day: Access to Work statistics – October 2013

Nothing particularly startling at this stage. Hearing, sight and “other” remain the top three conditions that support is provided for (which is the same as we saw in the July stats release). 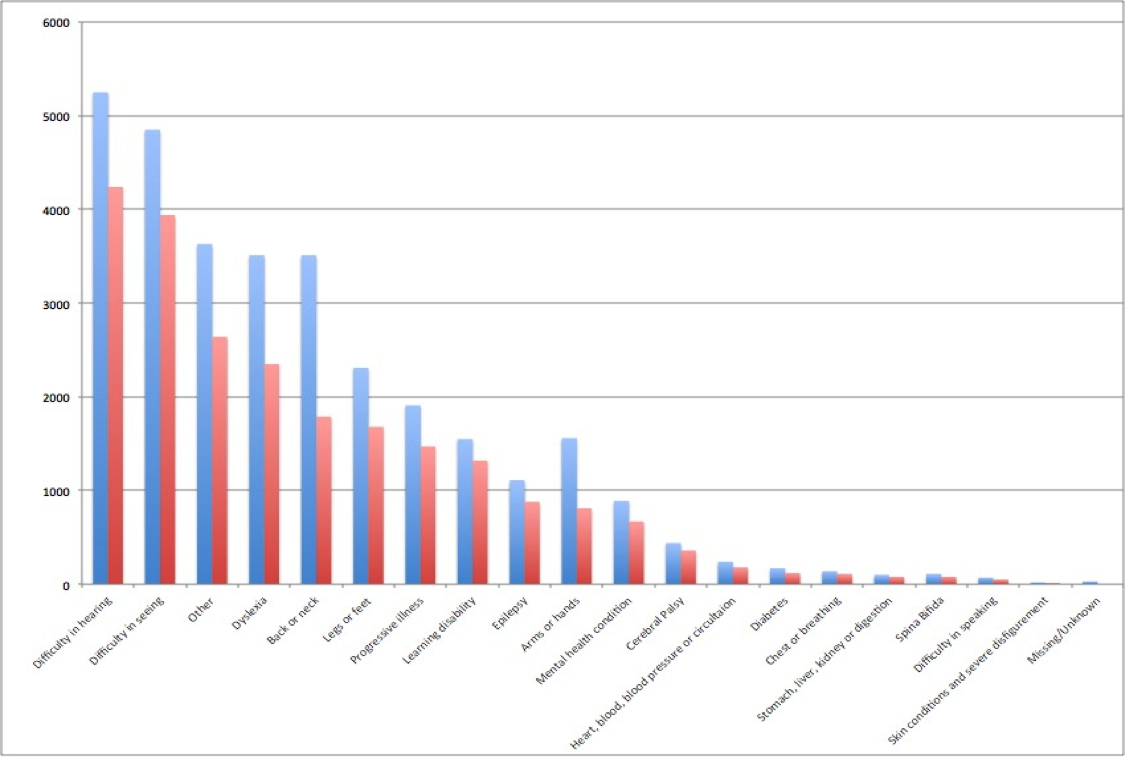 I will be watching for the conditions where there is less of a gap between the red and the blue in a column – for example, if epilepsy was supported on 1,110 occasions for the whole of the previous financial year and in the first three months of this year the figure is already at 880, it could indicate an increase that leads to further questions about the potential changing representations of epilepsy in the workplace. Absolutely no evidence for that yet – just one data geek’s musings over her mid-morning chocolate fix.

Elsewhere in the stats release, the top three types of support provided remain as support workers, travel to work, and aids/equipment (also the same as in the July stats release).

I’m not sure how the chart comes out for various software types, but give me a shout if you want me to send it in Word document format. I’ve also attached the statistics release itself so that you can see the figures in a regular table chart (albeit with no pretty colours).

Autism and your workplace

Supporting employees returning to work after a stroke

Stat of the day: Long-term sickness absence in the UK

Stat of the day: Ticket sales in the music industry