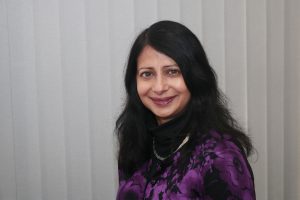 On 2 December 1996, the Disability Discrimination Act 1995 came into force. Six days earlier I had started work as the UK’s first specialist disability discrimination lawyer for a law centre in London.  Prior to the interview I had found a short book about the new Act written by someone called Caroline Gooding. I more or less regurgitated her introduction at the interview – and got the job. Later I met Caroline – a disabled pioneer and expert in disability law. She became both my mentor and a good friend.

So, what was it like back in 1997? Well, I didn’t know anything, but the good news was that neither did anyone else. We were all making it up as we went along but it was an incredible opportunity to shape the course of the legislation. In every case I asked myself – how will this clarify the law? Do disabled people or employers know what this means? By July 1998, nearly 2,500 employment cases had been registered – far more than in the first year of the race and sex discrimination acts.

The early cases were predominantly brought by people with physical disabilities alleging discrimination at work.

The first successful DDA case was brought by a trade union on behalf of Barbara Tarling against Wisdom toothbrushes. Mrs Tarling found standing difficult and asked for a suitable chair. Her employer had refused even though the Shaw Trust was willing to meet most of the cost. Mrs Tarling had worked in the factory for 16 years but when she started to miss her targets and had to take four weeks off sick because of increasing pain in her hip and leg she was dismissed. The cost of the chair? Around £200 for Wisdom. It was a real illustration of why the legislation was needed. I would like to think that this case would not have to be brought today and that most employers would provide the simple adjustment of a chair that would enable a long-standing employee to keep her job.

A few years later Caroline asked if I would consider working for an organisation that gave advice to employers and business on disability and best practice. I said no way. I wasn’t about to turn gamekeeper. I then took a series of dispiriting cases. One was for a woman who had been fired by a recruitment agency. She was a very successful salesperson, but they suspected that she had lied to them about a medical condition when she applied for the job. She had. She had an autoimmune disease which meant that she tired easily. She lied because she knew that if she told them she wouldn’t get the job. In order to catch her out the company decided that it would ask everyone to complete a new medical questionnaire which asked again if they had any medical conditions. This time she told them and shortly afterwards they dismissed her for poor performance which didn’t add up at all as she was one of their highest earners.

My client won her case, but I realised that the whole experience had completely exhausted her. She had only won enough money to pay her mortgage for a few months and still had no job. It made me wonder if there was a better way to achieve equality so when Caroline asked again if I would consider working for an organisation called the Employers’ Forum on Disability that helped employers to do the right thing and follow best practice I said yes. That organisation is now called Business Disability Forum.

Just before I left a case crossed my desk of a University Professor, Dr Mowat-Brown who had Multiple Sclerosis (MS). He had brought a claim because he wanted his employer to make minor changes like putting springs on heavier doors. They had refused. His claim, however had failed because the Tribunal had found that he didn’t meet the definition of disability. I was sure that the Tribunal had got this very wrong and so the last thing I did before leaving was to draft the papers for the appeal. I handed the file over to a colleague telling her that this was an easy win. They lost. The EAT found that although MS could be a progressive condition and could not be cured there was no evidence that his particular MS would progress because no doctor was willing to give such a prognosis with a timescale.

Caroline had by now moved to the newly formed Disability Rights Commission. As a result of this case and others like it, she lobbied hard for the law to be changed and in 2005, it was. MS, Cancer and HIV were deemed to be disabilities from the date of diagnosis.

In 2014, my good friend Caroline died of breast cancer – now recognised as a disability under the legislation because of her own work. Later that year, a member of my family told me that they had MS but that their employer had been really supportive. “What adjustments do you need?” was the first thing they had said and asked.

So, some things have changed for the better. In this challenging year, our task is to build on Caroline’s and so many other disability rights campaigners’ work and build back better and improve the legislation we now have, to make the Equality Act 2010 fit for 2020 – and the years to come.

Why accessibility is good for everyone

A change in mindset