Changing the world for disabled people: the Technology Taskforce @ 10 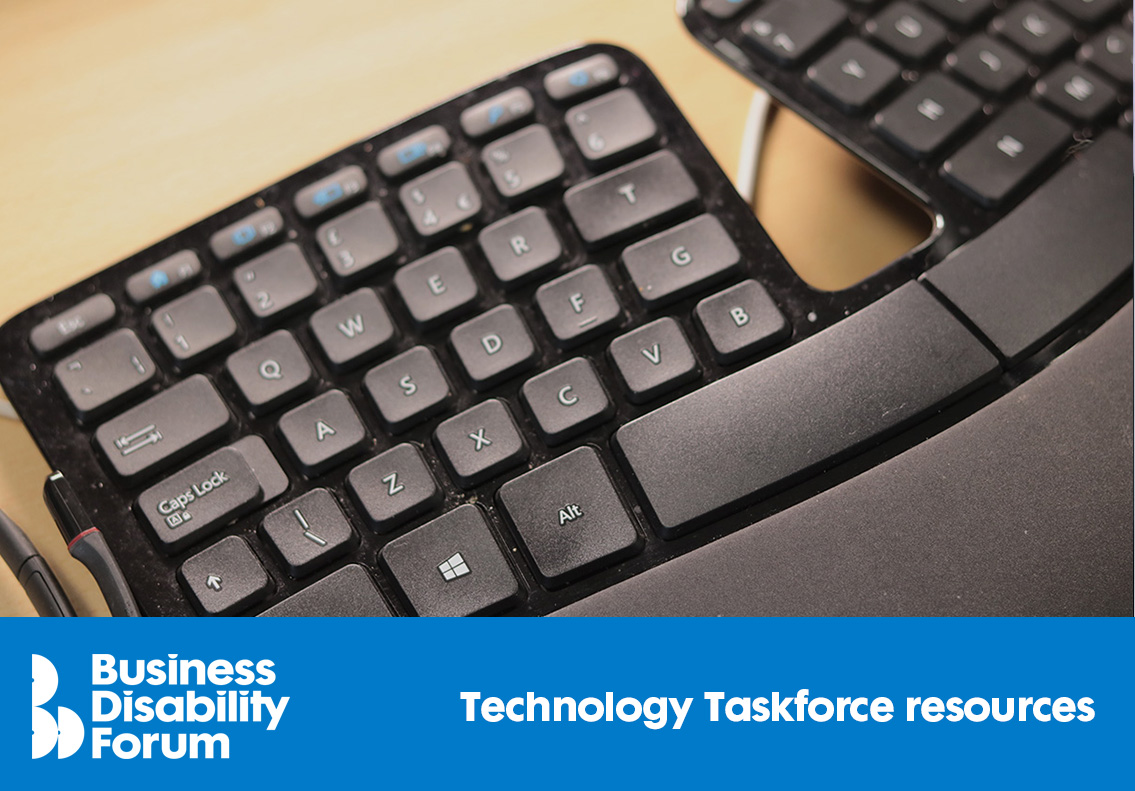 On a cold day at the end of January 2008, a small group of people met to discuss a great big idea – using the power of corporate technology leaders to improve the life chances of hundreds of millions of disabled people worldwide.

This was the beginning of Business Disability Forum’s Technology Taskforce, which in 2018 works with businesses both domestic and multinational to ensure that technology empowers rather than limits disabled people.

When this group first met, things were a bit different – the iPhone was only a few months old, Google’s Android operating system hadn’t hit the market yet, and the explosion in popularity of tablet computers, smart TVs and e-books was still several years away.

Most importantly, a large amount of the software and gadgets we used day-to-day still weren’t  accessible. The Technology Taskforce set out to change that.

“The demand for the taskforce came directly from our business members,” said Susan Scott-Parker, Founder and Honorary Vice-President of Business Disability Forum. “The idea emerged from my conversations with  John Varley, then global CEO of Barclays and our President,: every time he asked his disabled colleagues for advice on how to improve the bank’s disability performance they told him – simply, ‘fix the technology!’ In response he rang me and said we had to do something.”

The idea behind the Technology Taskforce was to bring together corporate technology leaders – people who had the power to ensure that technology could be enabling rather than present barriers.

Simon Minty, broadcaster and Director of Sminty Ltd, said: “We knew we were on to something. The original aim was with the combined purchasing power of those in the room, to make technology providers start making their software more accessible.”

Fast-forward to 2018, and features that improve access are increasingly included as standard on consumer products by companies such as Microsoft, Google, Apple and Amazon. Voice-activated software, screen readers and easy-read formats are becoming the norm for disabled and non-disabled people alike.

The Technology Taskforce is still going strong and has brought major technology suppliers aboard such Microsoft and SAP. The group has had a major influence on numerous businesses and organisations, including technology providers. Its tool for measuring how the accessibility related performance of any business technology is within a business, the Accessibility Maturity Model is being used on a global scale, by multinational organisations like Shell and Atos.

Its Members past and present have left the Technology Taskforce empowered and equipped to drive major changes to the way technology is used in organisations large and small, transforming the way they approach disabled employees and customers for the better.

Sean Smith, who worked at the HMRC until his retirement last year, hosted the first meeting.

Sean said: “I remember how exciting that first meeting was. I thought it was going to be a short-term project, but I ultimately remained a part of the Taskforce for the best part of ten years. Immediately, I saw that so many organisations were in the same position of not knowing how to make their computer systems useable for disabled people, and needing to influence the IT industry as a group.

“The Taskforce quickly became a place where those who wanted to make changes could share their experiences in an atmosphere of shared goodwill, motivation and, sometimes, sympathy, as pushing for accessible tech from inside complex organisations can be tough! We knew that no organisation could make the changes we wanted to make alone—leaders had to come together to push for them, and that’s exactly what the Taskforce enabled them to do.

“It’s not too much of an overstatement to say that we were coming together with the aim of sharing the experiences of disabled people and changing the world.”

“Technology advocacy can be a lonely business, but in the Taskforce I found a group of people with the same aims and concerns. Our meetings were great place to share ideas,” Neil said. “For anyone new to the world of accessible technology, the meetings are incredibly useful, and the Taskforce was hugely important when it came to making KPMG more disability-smart.”

“It’s great to see that the Taskforce’s influence is still growing, as tech companies like Microsoft join the fold and the digital world continues to change. Ten years on, there’s still a real buzz every time the group meets.”

“We have seen a real sea-change take place in the accessible tech world. What was once the exception has become the norm, and accessibility is no longer a ‘nice to have’ – it is a prerequisite.

“One of the most rewarding aspects of our work is seeing people from a diverse range of organisations come together to advocate for disabled people and accessibility. Our Members and Partners bring big ideas with them to our taskforces, and as the success and the staying power of the Taskforce show, these are big ideas with even bigger impacts.”

Graeme K Whippy OBE is an independent disability consultant and was Senior Manager, Group Disability Programme at Lloyds Banking Group when he joined the first meeting of the Taskforce. 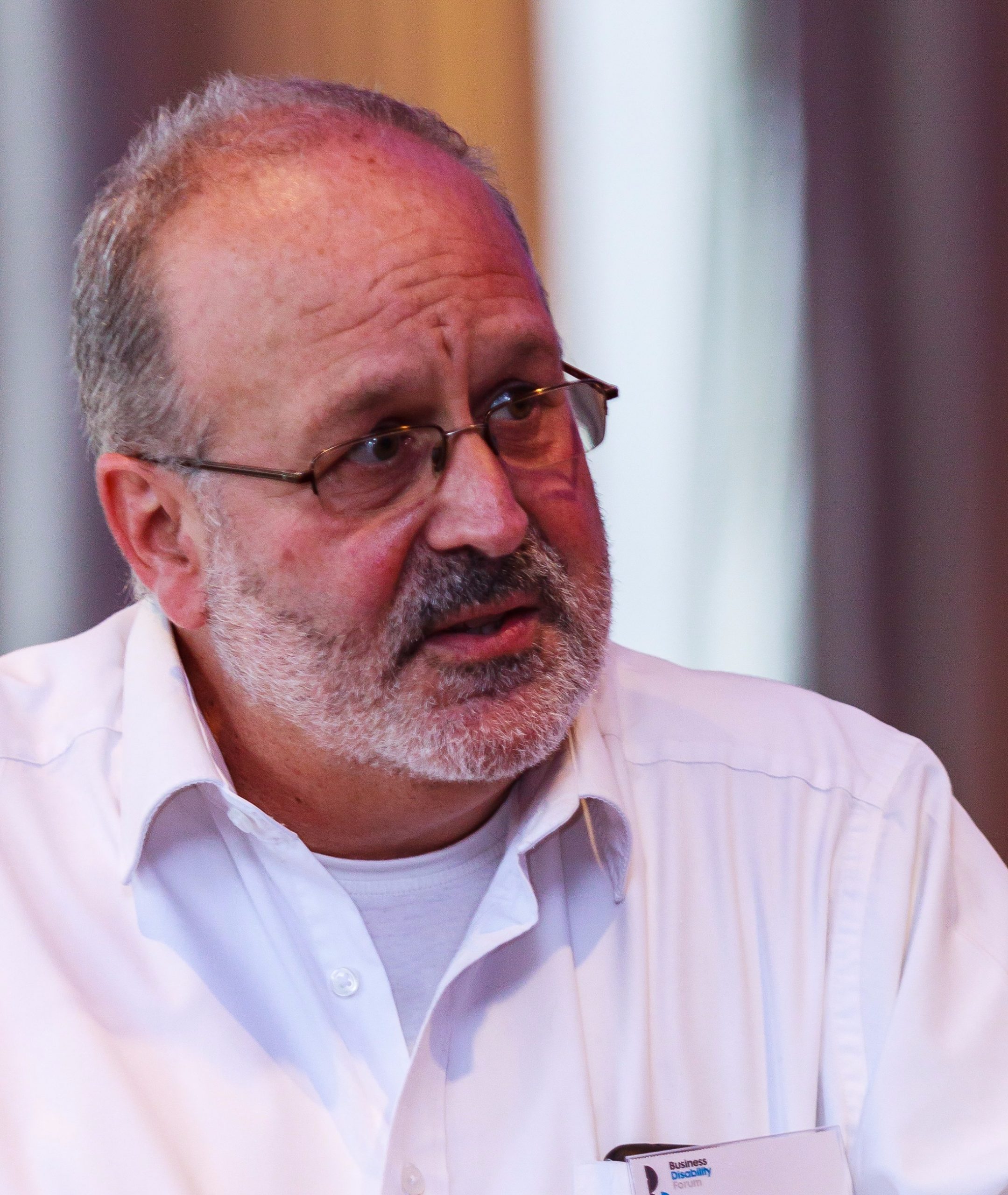 Graeme said: “In 2008 we had two major goals in mind. First was to get IT access on the to-do list of technology leaders at major companies. Second was to use our collective voice to torpedo the argument we faced when asking suppliers for accessible technology: that no one else was asking for it, so why were we?

“Since then, we’ve seen software houses do a complete 180 in their approach to access. Ask a technology supplier for accessible technology today and you will never hear them say ‘no one else is asking’ or use that as a justification for failing to provide the accessible option.

“And a lot of that is down to the influence of the Taskforce on technology suppliers, many of whom, like Microsoft, are leading the way.” 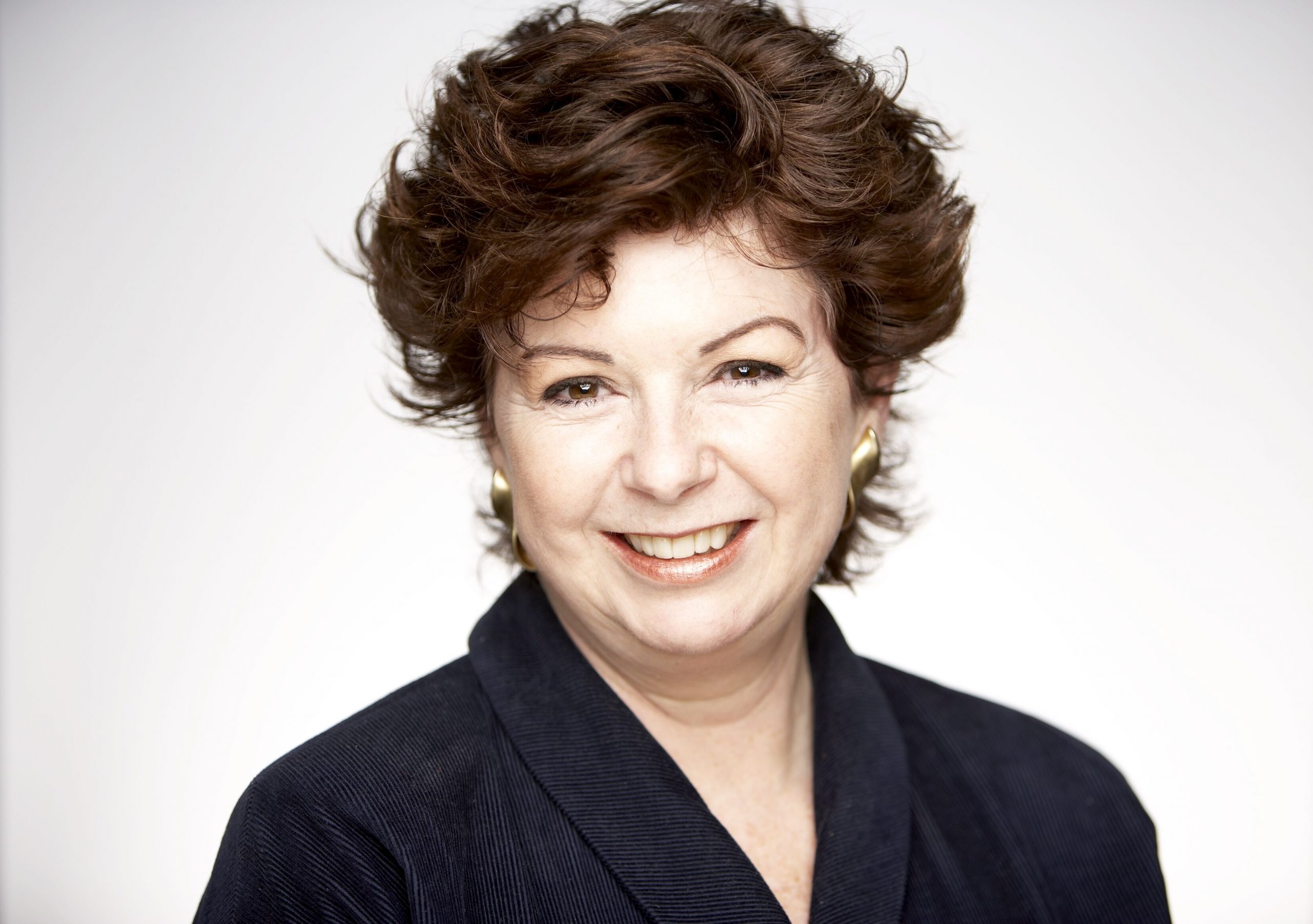 Susan Scott-Parker, reflecting on the tenth anniversary of the Technology Taskforce, said: “Had we known the scale of the challenge, I must admit we would not have launched with our naively optimistic message: ‘We have a 3-year timeframe!”. But this is all the more reason to be proud of the Taskforce’s ‘staying power’ and its pioneering accomplishments – and grateful to the many technology professionals who have combined their dedication, expertise and corporate purchasing power to improve their own organisational accessibility performance while collectively creating a more efficient ICT marketplace.

“I am confident that with the on-going focused leadership from senior technology executives across the UK, the Taskforce and BDF will continue to drive the practical business improvements which in turn enable fair and equitable treatment for customers, colleagues and potential colleagues with disabilities.” 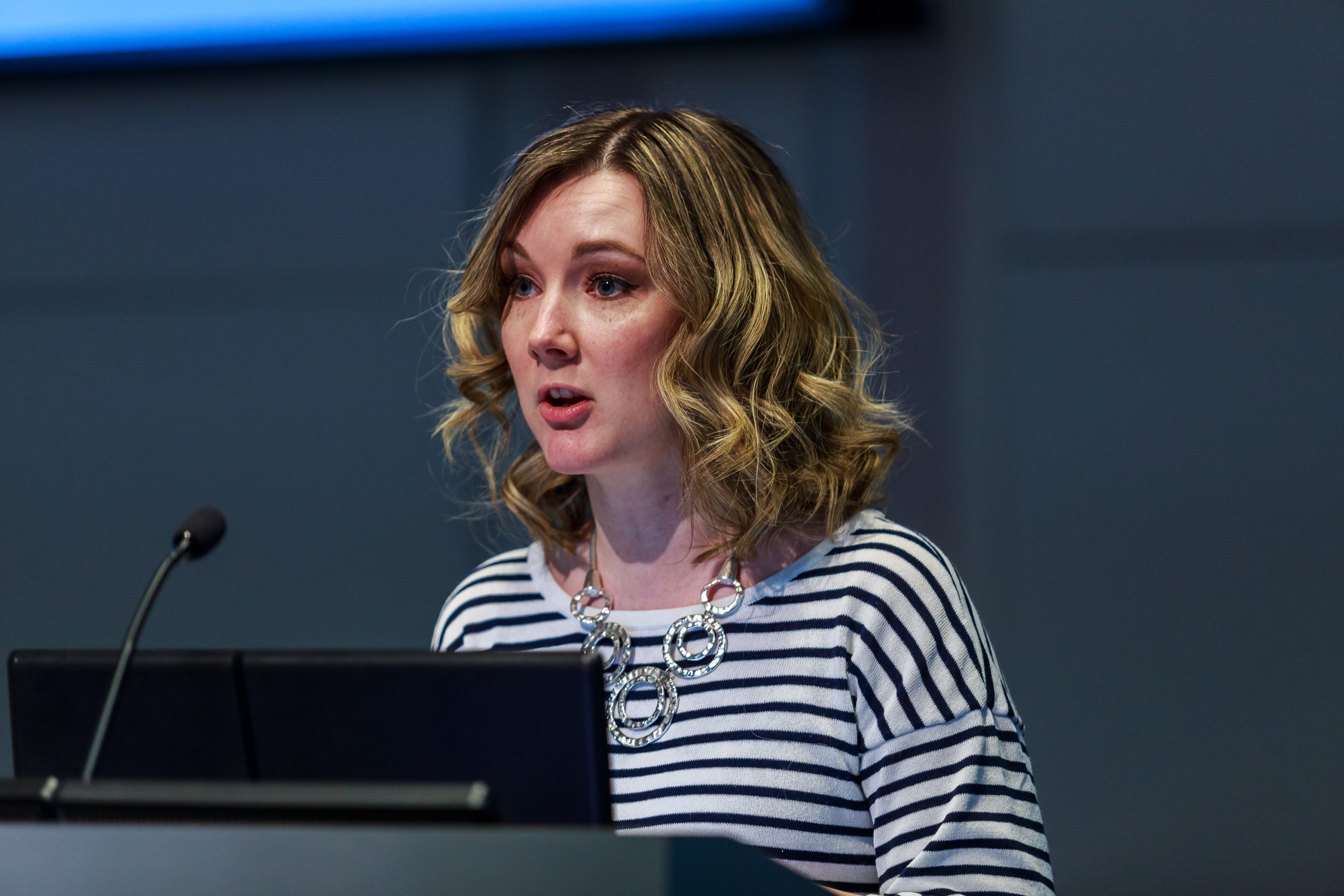 We’ll leave the final words to the Technology Taskforce Manager, Lucy Ruck: “It’s been a pleasure and a delight to work with such an enthusiastic group of individuals that have a real passion for improving the lives of their disabled customers and colleagues through inclusive technology. What is special about this group is that you have competitors in the room who are all working together for the greater good – and it actually works! I am really proud of the resources they have developed, especially the Accessibility Maturity Model, which is a world leading tool. We are always looking for new members to join the Technology Taskforce, so please get in touch and see how you can look to shape the next 10 years!”

A special thanks is due to the organisations who first came together to form the Taskforce: HMRC, Lloyds Banking Group, Kingfisher, DWP, KPMG, Royal Mail, Sainsbury’s, the Serious Organised Crime Agency [the precursor to the National Crime Agency], AbilityNet, Aspire, Bupa, Intercontinental Hotels Group, and Goldman Sachs.

Want to find out more about joining the Technology Taskforce and pushing for accessibility in tech? Contact Lucy Ruck at lucyr@businessdisabilityforum.org.uk to find out more.

Poverty and disability in the UK: why disability employment is so important

CamdenAbility looks to new heights for second year and beyond

Santander: Being honest about challenges – and overcoming them